The Question of Nutrient Density 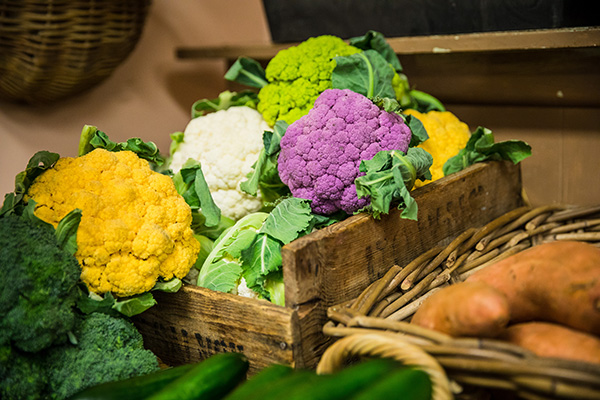 One of the top reasons shoppers give for choosing to switch to an organic diet is the increased nutrient density of the produce. This arises in part from the fact that conventional farming selects plant varieties based on how prolifically, uniformly and large they will grow and how long their shelf life will be. In contrast, organic farmers typically make their selections with different quality criteria in mind.

Pinning a definitive number on the nutrient density debate is near impossible, given the great variability in farming practices and conditions and what nutrient is being focused on in the study. Vitamin C levels, for example, have been shown to be greatly reduced when conventional farmers apply excessive nitrogen and water to stimulate rapid growth. This practice may increase the sugar and carotene levels in the plant though. Organic crops tend to grow more slowly, and produce more secondary plant metabolites – which result in crops and farming environments that are more resilient. In the absence of that increased resilience, conventional farmers reach for artificial pesticides and herbicides.

While studies might not always show that organic food consistently has more vitamins or minerals than non-organic food, there is never any doubt in the findings that organic food consistently has significantly higher levels of antioxidants. This is because organic plants naturally build up defences for themselves against pests, resulting in a higher concentration of antioxidants in the fruit and veg.

Because conventional produce is grown in greater quantities and for a larger market, it is often grown further away from where it’s grown and picked early. Nutrients are lost simply because of the time taken to reach your plate after harvesting. The produce may also be treated with artificial chemicals to extend its shelf life and retain its appearance.

It is important to remember that food production and food selection is about much more than just a tally of the nutrients. The environmental impact of organic farming is lower especially in relation to the reduced need to produce and apply artificial fertilisers that require fuel in their production process. Even if one can make peace with the personal choice to consume the ‘acceptable levels of pesticide residue’ found in conventional produce, and not give credence to the possibility of a cumulative effect in the body, should substances designed to kill be encouraged into our soils and our waterways as a matter of course?  What about the levels of exposure for farm workers?